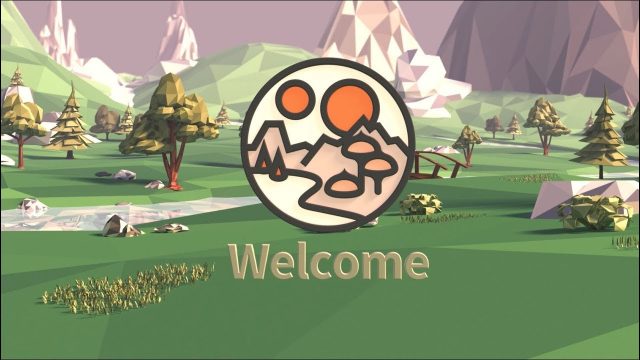 Blockchain technology is all about complete ownership of your assets. From kittens to historical warriors, or from mythical trading cards to dragons, it’s all yours to do what you like, whether to trade or sell. And even if ownership is transferred, the digital footprint you made on that asset still carries over.

That’s the beauty of blockchain, it makes digital assets unique and everlasting. But, what if we expanded our assets from just mere collectibles to something bigger. What if we created our own land – a virtual world. Decentraland is here to make that a reality, or rather, make it soon.

Decentraland is a marketplace for virtual spaces of land that are called parcels. One parcel is 16m x 16m, or 52ft x 52ft. Parcels can also form a cluster, which is called an estate. In order to buy land, currently, you have to purchase ones that are for sale, since, when the platform first launched, all the parcels were auctioned off to the initial backers and pioneers of the project.

Land that is for sale is denoted by a blue tile, while grey and purple tiles denote owned – but not for sale – parcels and districts, respectively. The currency used to buy land is Decentraland’s own called MANA, which can be converted from ETH. 1 MANA is equal to 0.0001827 ETH, which is approximately 0.32 USD, with the cheapest range of one parcel being 9,000 to 10,000 MANA. So, yes, owning land is expensive for something that isn’t of the physical world. Be that as it may, with what Decentraland is trying to achieve, the possibilities are truly endless.

Once you own a parcel, you can do whatever you want with it and in it. It’s your space to create anything you want. The assets you create must use the Unity Engine, which is free to download, and fall under the limitations, such as polygon count, size, triangles, etc., set within Decentraland. Besides that, one major caveat is that you will need some foundation of coding to create something. This is great for programmers and aspiring` game developers, but not so for the average joe who happens to have some ETH.

This is currently the platform’s biggest hurdle for mainstream users. The majority of an audience isn’t going to be enthusiastic to start creating something, especially given the complexity of the tools needed. There are tutorials and samples to help you get going, but only a certain number of users are going to engage in this aspect. And, currently, anything you create and deploy onto the server is only for personal viewing. There will be a future update to the platform, where you will be able to actually explore all the parcels and estates within Decentraland. It’s currently in a closed beta and has a scheduled public release sometime this year. But, without a concrete date, expect some delays. For now, all you can do is create an avatar and await when Decentraland Explorer officially launches.

Decentraland has the biggest potential within the blockchain space. It’s a vast world with creation only limited by your imagination and technical skill. It’ll soon be a functioning and living world, virtually, where anyone can do anything and experience everything. The keyword, however is soon.

In its current state, its nothing more than a marketplace for potential. Things are moving, however, with constant blog post updates and community activities, but nothing is officially released. Adding the complexity of the creation tools for an average consumer, the odds aren’t exactly pointing towards mainstream enthusiasm just yet. But, if Decentraland can deliver on its promises and actually meet its potential, we’ll have a platform that warrants a perfect score. Until then, however, we can only encourage you to wait and see. They have something big and waiting to explode. Let’s just hope it starts with a bang and not fizzle out before the party’s even started.