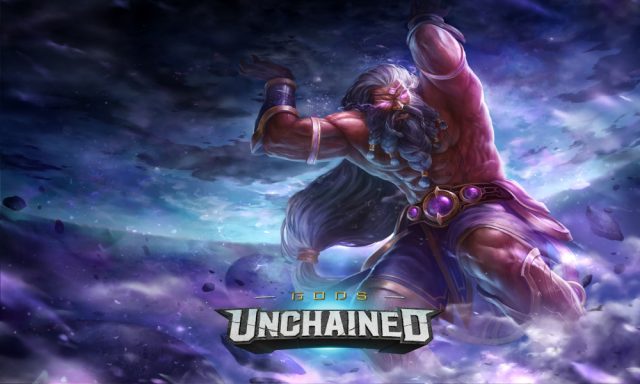 Trading card games are huge both in the real and virtual world. Names such as Magic The Gathering and Hearthstone have reverberated far and wide that even non-players know of its existence. The Blockchain space has a new TCG contender, and one that’s beginning to make a big name for itself: Gods Unchained.

Gods Unchained will feel like home if you’re familiar with Hearthstone. It uses a lot of the same principles and even aesthetics, but of course offers its own flair and flavors to make it stand out. Since, it doesn’t have the extensive lore of Warcraft, which Hearthstone is based from, it mainly revolves around six gods and battling it out between them. The lore behind them may not be as extensive as Hearthstone, but they each have enough flair and character to carry themselves and stand toe-to-toe with the TCG giants.

Each god is used to base how you will create a deck for battle. The god you choose to align with will help bolster your deck’s play-style, such as one with an aggressive approach or a tactical one. Luckily for first timers, Gods Unchained doesn’t want to shy you away, if things get too convoluted for you. The game provides a beginner’s guide to help get things started and, once you get your feet wet, there’s even one for advanced strategies.

As for the meat and potatoes of Gods Unchained’s gameplay, it pits you against another player, where each player has a set amount of time to place their cards and analyze which strategies to counter their opponent, which is visualized with a golden bar in the middle of the board that depletes as time goes on. First to defeat their opponent’s God or deplete their opponent’s deck is the winner. It’s a simple, yet addicting, gameplay hook that will get you to keep on playing round after round, but of course that’s not all there is to Gods Unchained.

Since this is a Trading Card Game, you will be getting and trading a lot of your cards in-between matches. Unlike other TCGs, Gods Unchained uses Blockchain technology, so the cards you buy are solely yours, thus you can sell them or trade them on platforms like OpenSea. The game itself even states the benefits of using Blockchain technology. Such as, if in a live tournament the winning card gets signed by its owner, the card’s unique value increases and in turn its inherent value is also increased.

Overall the prices for the packs are reasonable, where in each pack you get 5 cards and the kind of pack will determine the rarity of your cards. One snag here is that the rarest type of pack, called the Shiny Legendary Pack, jumps up a lot in price compared to the next lowest pack. It costs 1 ETH, whereas the next option is 0.112 ETH. Be mindful in your purchase when choosing which pack, as the Shiny Legendary Pack only guarantees 1 shiny card, which is a steep asking for such a small differentiator. Gods Unchained does, however, give players enough cards for free for you to go out there and start playing matches. The one caveat being that the free cards you get cannot be traded or sold to other players. These cards are denoted with a padlock symbol at the top of them.

Visually, Gods Unchained is easily one of the best looking blockchain games out there. Its look is definitely inspired by Hearthstone and it looks just as good, if not better, as the TCG behemoth. The game even has the sound design to match the bold and rich visuals, with great voice acting performances for each god and even opening card packs is accompanied with epic sounds and music. For a free-to-play game, it has gone above and beyond to provide an experience worth a full-price game on other platforms.

Overall, Gods Unchained is hands-down the best TCG using blockchain technology. It has all the bells and whistles that the big boys have, all while providing the player complete ownership of their assets. So choose your gods wisely and may the best man win.

Cryptocurrency Hits the Mainstream On The Simpsons