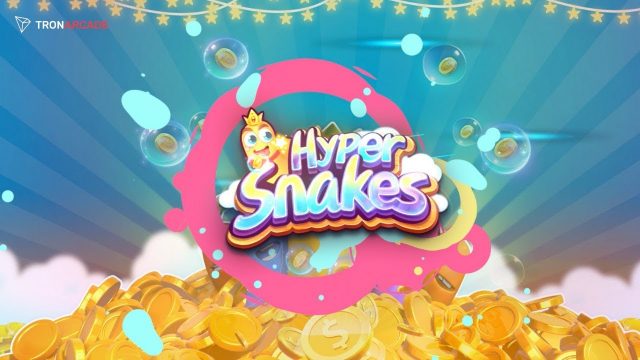 During the days when Nokia phones were still popular there weren’t any apps that kids could just play for hours and hours. Candy Crush and Mobile Legends didn’t exist, but kids were entertained by other games on their Nokia 3310. Games like Space Impact and Snake were all we had back then. But now that there’s so much more out there to choose from, is there still room for games like Snake?

Well, the developers of HyperDragons have another dApp that harkens back to the good ol’ days of Snake, while adding a lot more to it, albeit with a few hefty price tags.

HyperSnakes main gameplay hook is you controlling a snake with your mouse around an arena collecting tokens. There are two main modes: Survival Mode and Snake King Mode. In Survival Mode, as the name suggests, your goal is to survive and collect as many tokens as possible. In the current Survival Mode you’ll have to dodge Medusa’s Wrath, where she’ll be throwing out random attacks. You can try it out for free, but you won’t earn anything, otherwise you can pay to enter and receive a certain amount of Snake Coins. The entry fee isn’t much, with it being only 0.001 ETH, but your reward is just as low. Despite its low offerings, it’s still a fun mode to test out your snake maneuvering skills in a semi-controlled environment.

The real fun is in Snake King Mode. Here you’ll be pit against other players and try to come out on top by having the most amount of tokens. There are hazards to avoid and if you accidentally collide into other players you will lose the match straight away, but the tokens you collect will translate to Snake Coins. Since colliding means death, you can intentionally have other players ram into you. As long as their snake’s head rams into your body, it counts as your kill and you can continue to merrily collect more tokens. The winner then gets bonus Snake Coins for coming out on top.

If you’d rather not get your hands dirty, but still earn some coin, then there’s an option for you to purchase a Battlefield. When you purchase a battlefield, other players can enter your Battlefield and fight amongst themselves, all while you collect the dividends. The only catch here is the hefty price tag of these Battlefields. They cost 4.7 ETH from the official store and go down to 4.3 ETH when being sold from other players. The reason for the expensive asking price is that the number of Battlefields available for purchase are extremely limited, with only two available from the official store as of writing. Currently the player base is at 436 players a day, so the huge ETH investment isn’t quite worth it just yet.

Aside from purchasing Battlefields, you can purchase skins for your Snakes and, just like the Battlefields, these can be expensive, with some costing as much as 3.0 ETH. Luckily you can unlock these skins by winning the events in either the Survival Mode or Snake King mode. So if you think you have the skill and aren’t willing to shell out that much ETH in one go, then topping the leaderboards is your best bet to get the skins you want.

Overall, HyperSnakes is a fun game and one of the few dApps that has an addicting gameplay hook. However, the high price tags for some of its offerings can be a deterrent to some players. Unless you’re the extravagant type, then it’s not really recommended to start investing just yet. Luckily, if you’re just looking for a quick match then it’s still quite affordable and a great way to test out the Snake Skills you gained from playing on your Nokia 3310 back in the day.

Call of Duty: Modern Warfare 2 is out on PS4 now