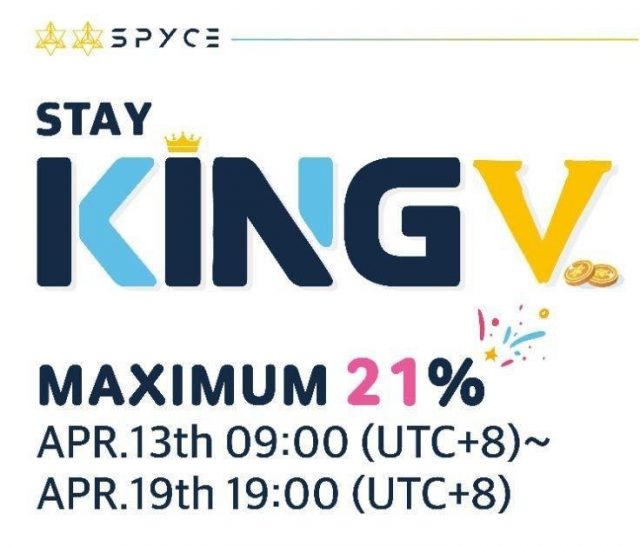 Decenternet, developer of the Osiris browser, has announced the latest round of its “Stay King event” of Osiris’ native cryptocurrency, Spyce, on BW (5th Round) and Probit (2nd Round). The staking event for both exchanges will be held from 13 April (10:00 KST) to 19 April (20:00 KST). The total reward for the 5th round is 630,000 SPYCE.

Users are invited to stake a minimum of 500 SPYCE and maximum of 400,000 SPYCE to receive rewards via airdrop. According to the event rules, players may receive a 4%, 9%, 15% or 21% profit by staking their SPYCE for 12, 24, 36 or 48 weeks, respectively. However, the staking event may close earlier than expected if it reaches the maximum staking allocation of 3,000,000 SPYCE.

Be informed that staked SPYCE will not be eligible for unstaking for three months and they can’t be withdrawn or traded for the duration of the campaign. Rewards distribution also varies depending on the exchange from which the SPYCE is staked. For stakers on BW, rewards/interests  will be distributed daily while Probit will distribute rewards after the event.

To know more about the “SPYCE Stay King” event, check out the official announcements on BW Exchange or Probit Exchange.

Here’s Why COBA is Better Than Other Gaming dApps