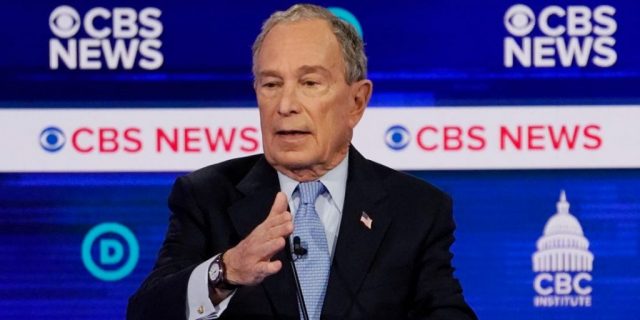 Mike Bloomberg, who just recently joined the Democratic Primary, has posted a financial reform plan, along with other policies related to his campaign. The reform talks about undoing the damage Trump has done to the American economy, and bringing back safeguards for consumers and all American citizens.

The stinger to his plan also mentions cryptocurrencies, which is currently a contentious topic within the US government. It seems Bloomberg is more on the favorable side when it comes to the technology, stating: “Cryptocurrencies have become an asset class worth hundreds of billions of dollars,” but he does believe measures must be made to avoid oversights when it comes to fraud and criminal activities.

“For all the promise of the blockchain, Bitcoin and initial coin offerings, there’s also plenty of hype, fraud and criminal activity,” Bloomberg stated in the full financial reform plan.

Bloomberg is currently polling at 19% support nationwide in the US, which puts him at second place and qualifies him for the next Democratic debate on the 19th of February. Although he’s second in the polls, he’s nowhere close to Sanders, who currently stands at 31%.

Either way, with most of the other Democratic candidates not mentioning cryptocurrency that much when it comes to their campaign, it’s unlikely anything crypto-related will be mentioned at the next debate.

What are ERC-721 tokens and what make them different?

Valve confirms source code leak, says no cause for alarm