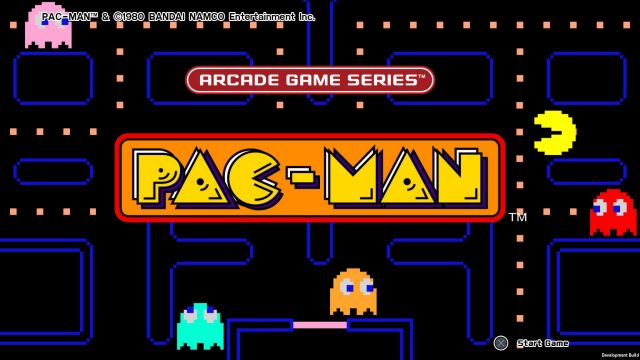 Pac-Man debuted in Tokyo 40 years ago, and no one could have predicted it would be the most successful arcade game ever.

At a time when video games were a relatively new medium, the creator of Pac-Man, a young game designer named Toru Iwatani, wanted to try something different.

“When I started drafting up this project in the late 1970s, the arcades were filled with violent games all about killing aliens,” said Iwatani, who was working for Japanese games firm Namco at the time. “They were gloomy places where only boys went to hang out. What I wanted to do was make arcades into livelier places that women and couples might enjoy visiting, so I thought it best to design a game with women in mind.”

Iwatani at 25 years old preferred working on pinball machines, not video games. His first title, 1978’s “Gee Bee,” was a digital version of pinball and it wasn’t successful. There was no expectation that his next project would change video game history, so when the first “Pac-Man” machine was placed in an arcade in Tokyo’s bustling Shibuya district on May 22, 1980, the reception was so explosive but no one- not even Iwatani- saw it coming.

Originally called “PuckMan”, it literally means “paku paku taberu” a popular Japanese phrase for gobbling something up. “I had started off assuming that themes like fashion and romance might be best suited for a female audience,” said Iwatani. “But then I thought — and this may have been presumptuous of me — that women also enjoy the act of eating, or ‘taberu’ in Japanese, and that’s how I found myself centered around this keyword and the act of eating as a concept.”

While thinking of a game based around food, Iwatani picked up a pizza slice from a box and had an epiphany. The remaining pizza slices formed Pac-Man’s shape, and the rest was history.

The appeal of Pac-Man seems to lie in its simplicity since it doesn’t require players to press any buttons at all (except to start a one-player or two-player game), and the control system uses a single joystick. But that doesn’t mean that Pac-Man is an easy game, because it is difficult in a way that only classic arcade games designed to gobble up quarters can be.

It took almost 20 years for anyone to complete a perfect game of Pac-Man, with no lives lost and the maximum number of points at each level. “It took between five to six hours,” said Billy Mitchell, the first person to achieve a perfect game in 1999, “The hardest part is to sit there and continually remain focused, not allowing distractions. You have a system down to play. If you go off of your system for even a second, it creates total chaos on the board.”

Mitchell’s perfect game saw him reaching level 256 with a score of 3,333,360 points. At that stage, the game runs out of memory and can no longer draw a complete board, so half the screen becomes garbled, making it impossible to progress further. Iwatani and his team were so sure that no one would ever reach that stage so they never programmed a celebratory ending.

Up until now, the game it still addictive: When Google replaced its logo with a playable version of Pac Man in 2010, it cost the entire world almost 5 million man-hours and $120 million in lost productivity, one study concluded.

Iwatani last worked on a Pac-Man title in 2007, and now teaches game design at Tokyo Polytechnic University. “When Pac-Man was first released, video games were still something new and unusual for everyone but game fanatics. For many people, I think it ended up being their very first experience with a video game,” he said, speaking of the game’s legacy. “And now today, 40 years later, it’s still enjoyed by not only women, but men and women, young and old alike, all around the world. If we were to compare it to music, it might be something like a popular song that everyone knows and has heard before.”