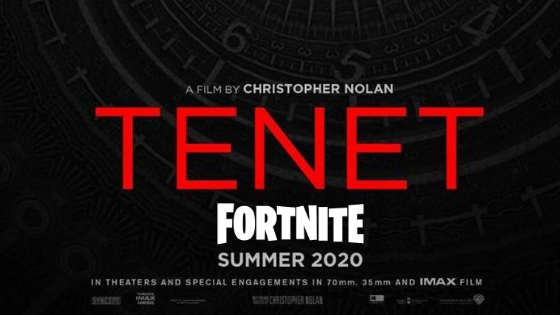 Just recently, it has been confirmed that Christopher Nolan is bringing one of his movies into Fortnite for a screening, as announced personally by Geoff Keighley (with Tenet star John David Washington). It’s not yet specified which of Nolan’s movies has been chosen, but the virtual screening will be taking place in the next few weeks for Fortnite players. And just like the Tenet trailer itself, the film screening will probably take place in the new Party Royale mode.

Nolan has been a fan-favorite for more than twenty years after the release of his second movie Memento turned him into a cult director. He also directed major box-office hits such as The Dark Knight Trilogy, Inception, Dunkirk, The Prestige, and Interstellar.

While it’s still unconfirmed, talks about the free screening being held on July 17 have been swirling around as this is the intended release date for Tenet.

Surprisingly, it was confirmed by Epic Games’ Creative Director Donald Mustard that the entire thing was Nolan’s idea! He tweets, “The idea of debuting the TENET trailer came from a phone call with Christopher Nolan, we were all talking about our love of seeing new trailers in a THEATER and how sad we were that we can’t do that right now – but how maybe this could be the next best thing. Hope you love it!”