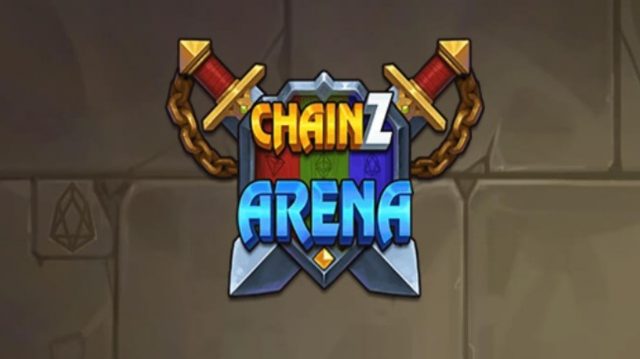 ChainZ Arena is another contender in the card-game dApp space. It offers PvP battles, Boss challenges, a daily drops pool, and so much more. Compared to what else is out there, it can be a lot to take in. Are the abundant amount of offerings a great bang for your buck, or will the abundance cause players to steer away due to complexity?

ChainZ Arena is light on premise. Basically, there are monsters and enemies that will attack the land of ChainZ Arena  and it’s your job to take them out. Other than that, there isn’t much. There isn’t any lore or backstory to the world or any of its characters. The only tidbits the game throws at you that constitute for lore are the elemental affinities and stats of each hero card. I suppose you could grow a sense of attachment and ownership of the heroes because of their rarity or stats. Otherwise, there isn’t anything for the game to evoke a sense of identity or any signs that ChainZ Arena  has any soul.

The game’s lack of a soul is a shame, since its art direction and aesthetic suggests the complete opposite. Colors pop and characters are illustrated with such character that you wish you could learn more about each of them. The designs could easily contend with any offering that Blizzard puts out, if only they weren’t just shiny, hollow shells of a character.

Although, aesthetics and lore aren’t everything, since gameplay is king, of course. ChainZ Arena offers a lot in this department, but it’s motto is quantity over quality. There’s a PvP mode to test your roster against others, a Boss Challenge mode to get rare loot, a daily Token Pool to earn more crypto tokens, and even auto-battles while you’re AFK. All of this, however, isn’t engaging and offers little to no gameplay hook for you to keep you coming back. The only reason you would is to see what loot your idle battles accrued and how many tokens you got from the daily pool. Offering players a way to earn a bit more crypto is fine and dandy, but it does little to entice player retention and loyalty.

Some of these offerings don’t even have a proper function in-game, such as the SOUL drops, which is the game’s daily prize pool. You invest a certain amount of crypto and in turn you will be given SOUL drops. Every 24 hours, you’ll be given a certain amount of crypto back as a reward for the amount of SOUL drops you freeze. Other than that the SOUL drops have no other function, and this is one of the game’s forefront selling points. It’s an in-game token that only serves as a mediator between the three main blockchains: Ethereum, TRON, and EOS. At the end of the day, it’s just another mode in the game to add busy work and bolster up ChainZ Arena’s  offerings without providing any substance.

Overall, ChainZ is for the player that wishes to get a bit more out of their crypto, but without the busy work of actually being a game. It could have been something that could contend with major card-based games out there, such as Gods Unchained and even Hearthstone, especially based on the game’s aesthetics. Sadly, for all its offerings, it’s just an empty shell for you to spend some crypto and earn a little back.