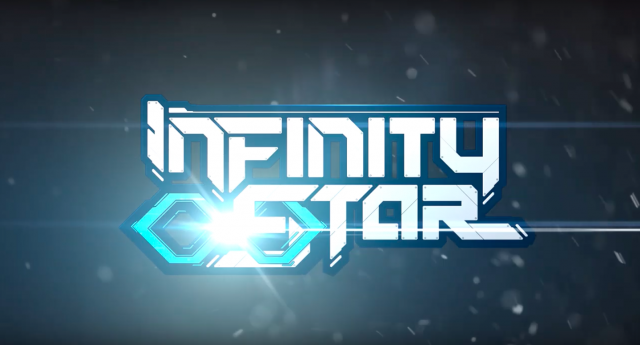 Grinding for loot and obliterating your enemy is what an RPG is all about. There have been a million different takes on the genre, but in the blockchain space things are still relatively infant.

Infinity Star is a dApp that has a different approach on the RPG genre. It does do a lot right in adding modern bells and whistles in terms of loot and mechanics. However, instead of striding proudly in a space that is in much need of variety, it stumbles and doesn’t make much of an impression.

From the start Infinity Star seems to show a lot of promise, especially visually. The art boasts high-fidelity 2D visuals, with anime flair, similar to cult-classics such as Odin Sphere and Dragon’s Crown. Although the art is beautiful and evokes the same finesse as those titles, it does share the same raunchy aesthetic that may or may not put some people off. None the less, compared to a lot of what is out there, it does stand apart from the crowd. However, it doesn’t get that much better from here.

A first impression is instant, and instantly Infinity Star will catch your eye. If you delve deeper, however, you’ll see it doesn’t go past surface level. Past the initial splash screen, you’ll be given a choice between three characters that each have differing stats. You’ll soon notice that only one is actually viable, as the others have abysmal stats in terms of attack and defense. Once you’ve chosen your character, straight away you can engage in combat, but engage isn’t really appropriate. The game doesn’t give you control whenever you’re engaged in combat. Everything is on rails and you’re more of the observer than the player.

Infinity Star does it get it right in terms of unlocking gear and loot. After each stage, you’ll earn different items and loot, which can be used for crafting new weapons, armor, and even allowing your character level up. It’s here that you’ll get the most replay value and incentive to play. However, if you’re not willing to spend any ETH, then expect a slow and long grind to get anything worthwhile.

Aside from character gear and loot, you can unlock new characters and there are new sets of characters released every so often. They do cost a hefty penny though, but Infinity Star’s in-game currency does fall under the more affordable category compared to other dApps out there. The currency is called Diamond and a set of 500 Diamonds will cost you 0.07 ETH, and with that you can buy armor upgrade requirements or a unique weapon. As for the new characters, they go for approximately 7000 Diamonds, so you’ll have to spend a bit more, but it still isn’t as absurd as other dApps.

One thing that Infinity Star does lack compared to most dApps, is the ability to earn in-game. None of the in-game mechanics give you the option of generating possible ETH, such as exchanging or in-game trading. If you want to do that you’ll have to seek third-party platforms, such as OpenSea, but even then it’s just selling items or characters.

Overall, Infinity Star is a game that stands out from the crowd visually, but ultimately lacks any substance. Its gameplay lacks any sense of engagement and makes you more of an observer that is waiting for things to play out. It does get loot and gear right, and is a lot more affordable compared to the competition. But, compared to the competition, it lacks flexibility in terms of possible in-game profit and trading.

Infinity Star is a fun time, only if you’re looking for something skin-deep. It has enough to get you past the splash screen, but, if not for the visuals, it wouldn’t keep its claws in you long enough to warrant you staying.

Wasteland 3 gets a new release date!