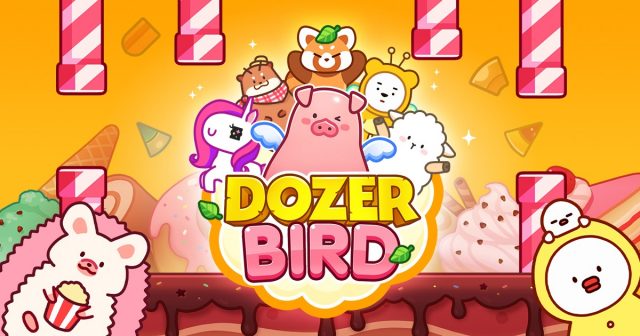 Flappy Bird took the world by storm back in 2013. It’s 2019 now and that storm has reverberated throughout all the different avenues to play games; dApps aren’t any different.

DozerBird is blockchain’s take on Flappy Bird, except this time you can earn crypto while you pull your hair out from frustration. However, is it actually possible to earn as the game suggests?

DozerBIrd comes from the same people who brought us CryptoDozer, but instead of an Arcade Coin-game, we get a Flappy Bird imitation. Gameplay is just the same, however the physics are a lot more sensitive compared to the mobile phenomenon. You’ll have to be extra careful too, since you won’t get unlimited tries. Each time you play, you’ll use up 1 energy token called a Bud, and these will run out fast.

Here enters the in-game purchases, which is quite affordable on the surface, but depending on skill level may fall under expensive territory. In order to buy more Buds you’ll need the game’s in-game currency called PLA tokens. 500 PLA tokens cost 0.05 ETH and 36 PLA tokens can get you 3 Buds. There more price options to get more Buds, but either way they will run out quick given the nature of the game. If you would rather save ETH, the game does offer an option to use real-world money, which skips the PLA tokens and allows you to purchase in-game items outright.

As you blow through your Buds from dying constantly, your ultimate goal in the game is to collect these keys that vary in rarity, which you can then exchange for ETH or prizes. However, just like CryptoDozer, you’ll be spending a lot more before earning, especially given the game’s mechanics.

DozerBird does offer some variety with the different characters you can get that have differing levels of flight control and wind resistance. Along with these different characters, you can purchase items to make the experience easier for you. Items such as the shield, which allows you to get hurt twice before game over, and the binocular item, which predicts if there’s an incoming obstacle. These cost PLA tokens and will add to the depletion of your token pool.

Despite its flaws, one major plus that the developers excel in is the game’s aesthetic design and presentation. Its cutesy art-style and bubbly design gives off a welcoming and friendly atmosphere. All the characters have a chibi look to them and along with that the music and sounds round out its cutesy aesthetic.

Overall, DozerBird is a simplistic dApp that blatantly imitates the Flappy Bird game design. It does heavily revolve around paying to play, with the game requiring energy tokens to play and purchasing in-game items to make its sensitive physics a bit easier to manage.

Its premise of being able to earn as you play is slightly overstated, especially when the game is stacked against you and your wallet. It’s almost impossible to control, which makes the possibility of earning almost as impossible. If you have the cash to burn and would like to test your Flappy Bird skills, then DozerBird is a game you should try out. However, if you’d rather not burn all your resources before even getting close to possibly earning, then you better look elsewhere.