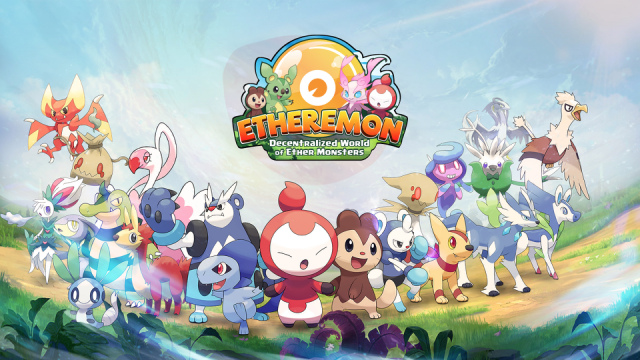 Collecting numerous types of digital monsters, sending them out on quests for rewards, and battling other players’ monsters, such is the world of Etheremon. There’s so much to see and do, but does its offered experience warrant the price of admission?

Etheremon works just like any other digital collectible game. Your goal is to collect as many monsters as you like and then train them or breed them to create more unique monsters for either trading or selling later down the line. It’s the same tired formula that is being used in most digital collectible games today and, unfortunately, its other gameplay mechanics aren’t enough to differentiate it from other dApps out there.

There’s a hub world where you can walk about in and it contains different areas for different activities. There’s an area for engaging in training and ranked battles and an area for sending out your Mon on adventures. All other areas are either under construction or not functional at all. As a whole the current state of the hub world is mainly just to walk about in place of navigating menus.

As for the Mons themselves, they’re fairly affordable, with the cheapest being 0.00295 ETH and the most expensive ones going for three digits. Of course, you pay for what you get, but luckily you have a wide price range to choose from and you can engage in trading as well. If you don’t have any ETH and want to just dip your toes in the water, then Etheremon does offer a set of Mons for free, but you’ll be scratching your head with what to do with them, since everything else costs ETH.

If you were wondering why everything has a price tag, well you can literally look no further than the game’s presentation, specifically the designs of the Mons. All of them are creative and can most certainly rival that of another monster collecting game: Pokémon. Each Mon has a cohesive design to it and fits whatever attributes they have, be it water, fire, rock, etc. Now, this cohesive design does forego any possible customization you would want for your Mon, aesthetically, but the game is better off, especially with what it is trying to achieve, which is a cohesive believable world.

As a whole, Etheremon isn’t quite there yet. Yes, it is still under active development, but judging it on its current offerings, there’s just not enough to entice people over everything else that is out there, especially when it comes to collecting digital pets.

It has a solid vision, but with so many price hurdles and not enough justification in terms of gameplay, that’s all it is: a vision. Hopefully Etheremon is able to complete its roadmap on time and provide a solid product. Until then, however, there are better places to catch cute digital critters.