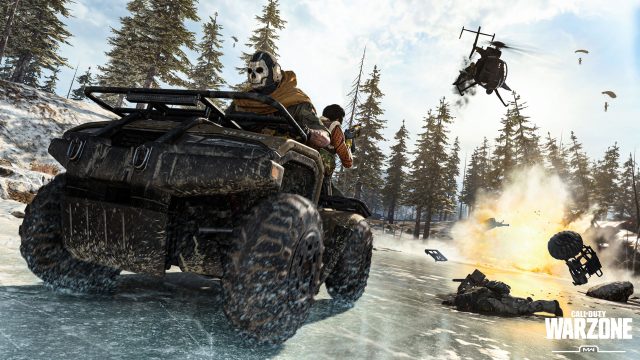 The mode is called Warzone, which will feature a 150-player battle royale free-for-all and another mode called Plunder.

The battle royale mode is your standard affair, where players will have to survive the onslaught until you or a team are the last standing. The mode also features Cash, which players can collect and exchange for weapon upgrades, Revive Tokens, equipment etc. Alongside this are side-missions called Contracts that give extra cash and unique loot.

A unique aspect to Warzone’s battle royale is that players can get a chance to revive by fighting other fallen players. If you get taken out, you’ll be transported to The Gulag. Here you will fight another fallen player in a 1v1 gunfight.

As for Plunder, players in teams are tasked to collect as much Cash as possible. Players won’t have to worry about being taken out of the game as respawns are unlimited, similar to past multiplayer modes.

Warzone will have cross-play functionality between all platforms and progress will also carry over between them. The unified progression also includes all battle pass rewards purchased from Modern Warfare.

Riot explains why Valorant’s anti-cheat system is perpetually on