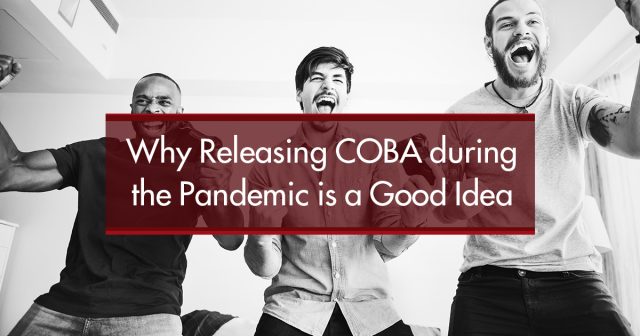 COVID-19 is proving to be a formidable foe. The pandemic it has brought about has caused many future projects and plans to be put on hold indefinitely. These things we’ve been looking forward to, such as upcoming games and movies, have been postponed indefinitely. Why then does the team at COBA still persist?

Based on what has been shown so far from COBA, the game couldn’t have picked a better time to start letting the world know of its existence. Although its release is still a ways off, what the team and game promises is a glimmer of hope for what people need most: an escape and a way to earn.

First, it’s placed the game’s foundations in cryptocurrency. It’s a currency that is not dictated by the standard oil market or cash-based economies, which have shown to not withstand pandemics such as the one we’re currently facing. Through this foundation, we can see that COBA is a product that will withstand any type of crisis.

Aside from its cryptocurrency foundation, COBA is establishing itself as a phenomenal game. The game falls under the MOBA genre, which is a genre that is in much need of competition and variation. Games, such as League of Legends and Dota 2, are more than overdue for another player to stir up the market that they’ve been monopolizing for years. The glimpses and snippets of gameplay we’ve seen from COBA prove that the two MOBA giants aren’t the only ones who can make a great game in the genre.

These first two aspects of COBA are already enough to make a product great and provide consumers the escape they need from the terrible events of COVID-19. The team, however, are going a step further and providing one more thing that many entertainment products don’t: play-to-earn.

Play-to-earn is something you don’t hear at all within gaming. Gamers are more familiar with free-to-play, which many times translates to pay-to-play and has caused people to stay clear of those types of games. COBA is different and instead flips things on its head by not taking from the player, but giving back instead. This is, in our opinion, the biggest draw and what makes the game the perfect product for what the world has become due to COVID-19.

COBA is a game that we’re excited to experience, and the team is continuously providing updates on the game’s status. From its sturdy foundation in crypto to the game’s ferocious nature in challenging the status quo, COBA is going to make a huge splash and one that will send waves throughout the industry.

For more on COBA and the team, visit the following links:

COBA: A Solution for Gamers during and after the Pandemic