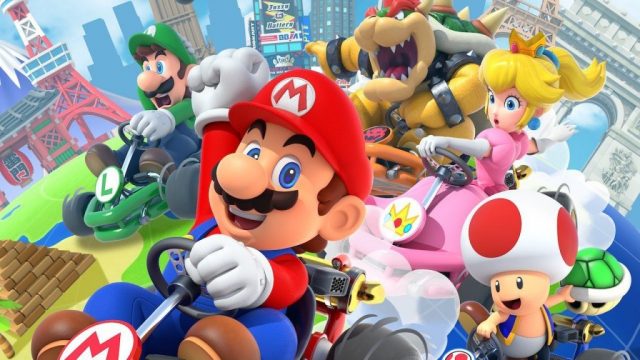 For those of you who are familiar with the Mario Kart games, it must be quite baffling to hear that multiplayer is being added, after the fact. Well, Mario Kart Tour for iOS and Android devices, which launched in September of lat year, came without the option to play with friends, despite having a friends list.

Finally the mobile version of the beloved multiplayer franchise is finally getting the mode its most known for. The multiplayer mode launches on March 8th and will have you competing against seven players, which includes friends, local players around you, and online with people around the world.

When racing against friends or local players, you can set your own rules, such as what course to play on or excluding certain items. As for online multiplayer, its a fixed mode where you’ll be competing in 100cc races and have a letter ranking associated with your profile.

There is an exclusive mode for Mario Kart Tour Gold Pass subscribers, where races are in either 150cc or 200cc, and are much more challenging than the standard online races.

It’s a mode that should have been available from the start of the app’s launch, but it’s better late than never. Hopefully this breathes new life into Mario Kart Tour and gives a compelling reason to subscribe to the expensive Gold Pass, which costs $4.99 monthly.