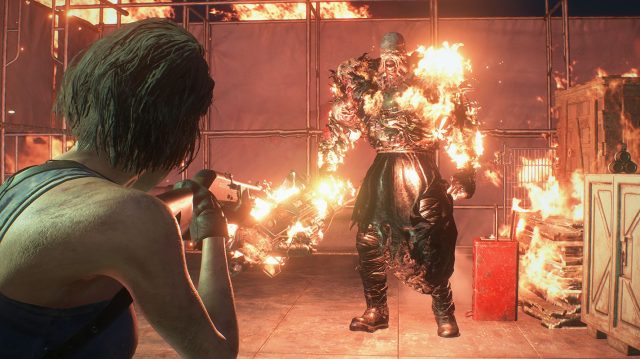 Last February 28, in an issue of Official Xbox Magazine, it was reported that the hulking monster Nemesis is able to break into Safe Rooms — save point areas where you’re safe from enemies and zombies. The magazine gave a preview of the upcoming remake and was shocked to get suddenly attacked by the stalking monster, while saving their game.

Recently, however, Capcom has confirmed with GamesRadar that the staple Safe Rooms are still places of respite from zombies, but there are certain areas where you can save that are not safe. The difference between the two is the music, with actual Safe Rooms having the signature music.

Resident Evil 3 Remake is a from the ground up remake of the PS1 classic featuring the RE engine and all new gameplay elements. The game is slated for an April 3rd release and will come out on PS4, XBox One, and PC.

Cryptocurrency Hits the Mainstream On The Simpsons