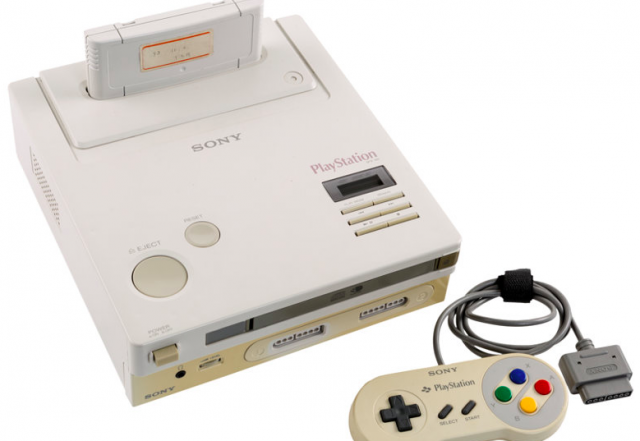 Recently, one of the rarest pieces of gaming history that the public never got to see until 2015 is currently up for auction. The item is called the Nintendo PlayStation, a console prototype developed by both Nintendo and Sony PlayStation, who became business rivals up until today. This piece of gaming history is tangible evidence that started the rift and rivalry between the two gaming giants.

The console prototype was a partnership between the two companies as a means for Nintendo to get into the business of CD-ROMs for video games, while also allowing Sony to get into the industry as well. It later fell apart before it could even launch due to Nintendo’s uneasiness towards Sony’s share in the deal and wanting to keep most of the profits to themselves.

The kicker to it all was that Nintendo upended the partnership without even letting Sony know, and it was done publicly by showing a new partnership with the Sony’s rival, the European company Philips. This would later lead to what we all know now as the original PlayStation console that released in 1994.

Currently the fabled prototype is going for a whopping $350,000 ($432,000 if including Buyer’s Premium). The owner of the Nintendo PlayStation decided to put the piece up for auction due to financial reasons, as showcasing the piece wasn’t earning them any money.

Terry Diebold told Kotaku in email “I can’t keep losing money. I’ve put a lot of work into this by traveling with it and we have made nothing on it. Every trip that we… have taken with it has cost us money out of pocket.”